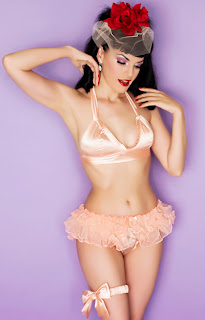 "The bacchanalia which celebrated Neil's graduation was such to shake the pillars of heaven, or at least enough to be heard across the street, which is why the police were called."

Bacchanalia comes from Latin, from Bacchus, god of wine, from Greek Bakkhos. The adjective form is bacchanalian. One who celebrates the Bacchanalia, or indulges in drunken revels, is a bacchanal \\BAK-uh-nuhl; bak-uh-NAL\\, which is also another term for a drunken or riotous celebration.
Posted by Nikkij Madison at 1:32 PM

Search No Respectful TGirl is Ever Completely Naked

Popular Posts at No Respectful TGirl Is Ever Completely Naked

If You Are Underage ... Scoot Out of Here! That Means You!